Authors who debuted late in life

When I first read about Jamil Ahmad in the year 2012, I had no idea who he was. All I cared for was that at the end of Fountain Ink, an indie magazine the size of a DVD case, there was a long and engaging interview with an author. All’s well that ends with a thoughtful conversation, I supposed. As I read further, I was hooked. Who was this man who did not have the interest to publish his beautiful novel about Tor Baz, a young boy who has to defy his fate in the remote tribal areas where Pakistan, Iran and Afghanistan intersect?

Unlike the popular perception that a good story must always hook you from the opening sentence, I let the words on the first page sink in before I can identify my interest and also the potential in the writing. What captivated me was that his debut novel was discovered by a publisher when Jamil was in his 70s!

To learn more about his book “The Wandering Falcon”,  click here.

It is unfortunate that most writers, aspiring and established, have been brainwashed into believing we should write a lot and get everything we write published as soon as possible. If you have felt or believed this, it is likely you are the writer who is Type A. However, rushing into a labour of love is a great way to kill your voice before you have even found it. Imagine wanting to deliver your baby pre term! Do you want the side effects and complications for both the baby and yourself? Like your baby, if you rush your writing, it is unlikely to be credible, forget incredible.

When you want to hurry something, that means you no longer care about it and want to get on to other things…

I am sure you agree that if you care about your baby, you will prepare for as long as is essential. The benefits of the preparation are plenty. Of course, apart from not seeing gaps in your writing, you will have substance as well as form that has been worked upon tirelessly. That is type B, the kind of writers publishers are looking for. Today, if you look around, you will notice so many newbies taking a second chance at life and following their passion much later in their lives. From acting, to comedy to writing in India we have a plethora of names to be inspired from.

While on one hand we also have authors like Harper Lee whose swan song has got etched in the memories of generations now, on the other hand we also have young authors like Christopher Paolini who have broken the record of writing bestsellers and are still at it. Indian writing isn’t far behind in both these lists too. Sometimes, reading about such things on social media can lead to worry and concern. Worrying about whether you are late in deciding to become a writer and concerned about the publishers accepting your manuscript.

To demystify the idea that you cannot commence a writing career after a ‘certain’ age, we curated a list of few amazing authors, both Indian and International, whose work got published in English with a degree of fame much later in their life. Please note, this list is exhaustive and we plan to keep updating it as frequently as possible. Jamil AhmadThe aforementioned Ahmad was born in Jalandhar in 1931 and had served in the remote tribal areas in the Frontier Province in Pakistan and Balochistan as a member of the Civil Service of Pakistan. His role in the government as political agent, commissioner and minister helped him gain an understanding of the tribal identity. While he had written the debut novel in his 50s, the book would not have seen the light of the day had it not been for his wife who typed the whole manuscript, lying in a dusty corner for four decades. It was only when she sent a story for a competition that they found an editor who believed in his writing. He passed away in 2013. To learn more about his book, click on the book image below. 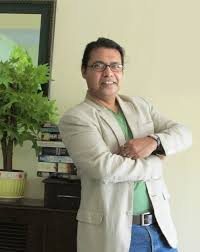 Victor GhosheWhen I first read Victor Ghoshe’s manuscript in 2019, I had no idea who he was or what to expect. His historical thriller spanning centuries was a well written and fast paced novel and the book proposal equally detailed and meticulous. His English debut novel, a historical thriller was published in his early 40s The Job Charnock Riddle (2016), post which the local media hailed him as the Dan Brown of India. Ghoshe has worked as an international communications professional in the public health sector for more than two decades. The Delhi-based author also has to his credit 3 books of short paranormal stories published by popular Bengali publishers. His second novel in the series is likely to be out in 2020. 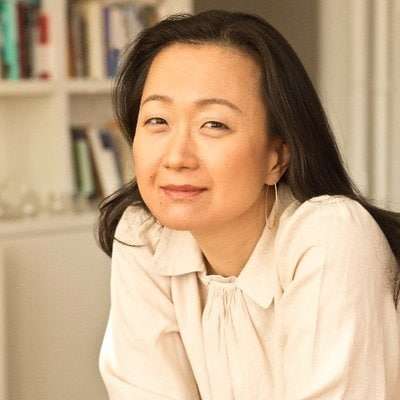 Min Jin LeeMin Jin Lee, Korean American author first conceived of the Korean immigrant experience in wartime Japan in 1989 when she was a teenager. The book was published in the year 2017 when she was 49-years-old and later was shortlisted for the National Book Award finalists for fiction. An epic saga of four generations of a family, the book was hailed by the media including the BBC, Newsweek, the Chicago Review of Books. Her debut book, Free Food for Millionaires (2007) at age 39, was a critique of class and race in America, a theme that she continues to write about. The book was also mentioned as one of the Top 10 Novels of the Year by The Times.A student of law and history, Lee quit her job as a corporate lawyer few years into her job to write for a living. 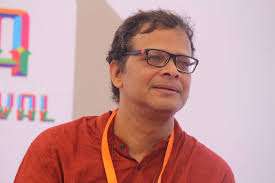 Pinto is the one of the most well known names when it comes to literary fiction in India. A journalist, teacher, poet and writer, his debut novel Em and the Big Hoom was published when he was 46- years-old. It took him 25 years and 25 drafts to write this book that won the Hindu Literary prize and the Crossword Book Award. Of course, the awards now seem to validate the humongous effort but it is very plausible that Pinto would not have been as satisfied had he left it at the 24th draft or if the publisher had accepted it at the 23rd.

2. Your early work is not necessarily your ___ work.

3. Nothing is worse than an established writer who doesn’t feel the need to ____ from his or her experience.

4. Publishers and agents don’t care for the number of ___ strands of your hair but how strong your writing is.

Amrita Kumar Writing doesn’t come easy even if you are an in-house editor. Sure, you know the rules of writing, the nature and business of publishing but that can never be enough to write well. You still need to read, write, rewrite, edit and repeat. Amrita Kumar, a novelist, and creative writing teacher who worked as an editor with major trade houses such as Penguin India, Harper Collins India and Roli for decades could be one of the people to vouch for the same. Her debut novel, Damage (2008) was published likely past her 40s and her second book came almost a decade later. Kissing The Demon, a creative writing handbook was published in 2017 and is an excellent resource for aspiring writers. Aroon RamanLike many children who grew up before the advent of cable TV and Over the Top Platforms, Raman grew up surrounded by books as well as oral stories. The businessmen who had studied masters in Economics from Jawaharlal Nehru University and MBA from Wharton Business School, University of Pennsylvania, never found the time or inclination to follow his passion until middle age. In 2007, when the Bengaluru based entrepreneur sold his father’s business, his wife encouraged him to write a. His debut novel, a spy thriller, The Shadow Throne (2012) was published in his early 50s and sold more than 5,000 copies to become a bestseller. Since then he has published two more books in the series and was hailed by an renowned English daily as the Robert Ludlum of India. Prakash IyerCould you achieve your writing goals and vision if you believed age is the obstacle, not your mindset?  The former CEO of Kimberly Clark Lever, Iyer whose first book The Habit of Winning was published at age 49 would certainly warn you against such a negative approach. What makes his book a heartwarming read is how the author combines anecdotes from the lives of the ordinary Joe as well as known figures makes with a fast paced simple narration to show how determination and positive attitude is crucial to be successful. For information’s sake, if you plan to write an incredible book, there is no harm in trying your hand at several things. Iyer, for instance, had sold everything from cola to diaper to yellow pages before he commenced his publishing journey. A trained classical singer and teacher of French, Bangkok-based author Kamalini Natesan’s debut novel is about a young Indian student, Suchu who discovers herself when she travels to Vestby in Norway on a scholarship. Naked Beneath the Midnight Sun (2019) was published by Olympia, U.K. when she was 53. While the idea emerged from her one year stay in Norway, Natesan began writing the novel long after she returned to India. Many of her short stories and articles have been published in several magazines.

Piyush JhaFilm director and screenplay writer, Piyush Jha did not much of an inkling that writing novels could be his calling until he met his wife, an editor at a film award function. The director of crime drama, Sikandar, Jha is the author of four crime fiction novels, three of which are likely being turned into web series. His debut, Mumbaistaan was published when he was 42. While he was born in Jhansi, he grew up in Colaba in Mumbai, a city he finds as fascinating as the lives of ordinary people.

As always, we would love to hear from you more names which can be added to this list. After all, age is just a number. Isn’t it?