A first draft is the starting point for any book.

We’ve created The Himalayan First Draft Club to help you finish  the first draft of your story.

I’m writing a first draft and reminding myself that I’m simply shoveling sand into a box, so that later, I can build castles.

All this helps you finish Sept with many more words than you might have written otherwise. Most important – by the end of Sept writing is a habit.

Writers from earlier FDCs say they wrote a lot more. They said this was mainly because they weren’t writing alone, but as part of a writing community. The February cohort had written a total of over 4,00,000 words.

The response to the previous FDCs has been great. So far, we have raised a total of INR 4 lakhs through FDC for the Chirag School. This helped the school educate many underprivileged kids here in Uttarakhand.

(Note: The Himalayan Writing Retreat has NO stake /ownership / direct or indirect financial benefit from donations to the Chirag School. However, we know and believe in the work of the Chirag School. Learn more about our Community Work by clicking on the red text.)

The school may take up to a day to acknowledge the payment. So we will accept a screenshot of the payment confirmation page along with the form.

At the end of the month, we will see where we have reached vis-à-vis the goals we had set in the beginning of the month. We analyze what worked and what did not.  We learn. We discover. Most importantly, we WRITE.

Join the Himalayan First Draft Club to become a part of an amazing writing community.

Please note: This is a support group for writers – there is no teaching. If you are looking for guidance on how to write articles and blogs, you can consider joining our Blog & Content Writing Workshop.

If you are looking for guidance on how to write a book and explore the art of Creative Writing , you can consider joining our Creative Writing Workshop. (This workshop is for people who want to write fiction or narrative non-fiction).

If you are looking for guidance on how to write a non-fiction book, you can consider joining our Non-Fiction Writing Workshop. Jayapriya Vasudevan has more than twenty years experience of working in publishing, during which time she has worked in virtually every area of the business. From editing and event management to sales and distribution, she has ‘done it all.’ With a partner, she set up India’s first bookstore café in Bangalore. The Bookseller magazine hailed her as “one of India’s most dynamic booksellers.”

In 1997, she decided to use her years of experience in publishing to set up Jacaranda, India’s first ever literary agency. She went on to build up an impressive list, working with distinguished authors such as Anita Nair and Shashi Warrior.

Following a stint living in Beijing, where she continued to develop her list, Jayapriya moved to Singapore in 2006. Here she set up Books@Jacaranda Literary Agency. She moved on to live in Nairobi and has recently moved back to India. Over the years the agency has grown and now represents an exciting and diverse list of authors from Singapore and across South East Asia and beyond. Jayapriya has spoken at literary conferences all over Asia, from Istanbul and India to Manila and Singapore, to London and Frankfurt. For the past two years, she has been a regular speaker at author Anita Nair’s Anita’s Attic and is the Festival Director for the next Times of India Literary Festival, I’m Bangalore. She is passionate about the visual and performing arts, books, travel, animals, and people. 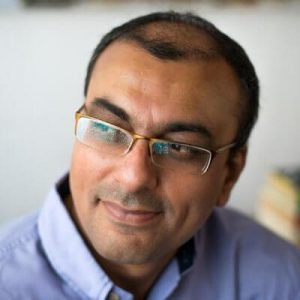 Shatrujeet Nath has sold ice creams, peddled computer training courses, written ad copy, and reported on business as a journalist and assistant editor at The Economic Times. While still at the top of his game, Shatrujeet quit journalism to write fiction. His first book, the Indo-Pak spy thriller The Karachi Deception, was published in 2013. He then went on to write the national bestselling epic fantasy series Vikramaditya Veergatha, which comprises four books (The Guardians of the Halahala, The Conspiracy at Meru, The Vengeance of Indra, and The Wrath of the Hellfires). His latest book, Warlord of Ayodhya: Rebellion is the first in a three-volume alternative mythology series that tells the story of Bharat’s 14-year-rule over Ayodhya during the exile of Rama. Described as “a new face to Indian mythology” by DNA, Shatrujeet writes for movies and web shows as well. Prior to this, she was with Penguin Books and Juggernaut Books. As the Managing Editor for Penguin Classics, she commissioned English translations of contemporary and classic texts from Indian languages.

Sivapriya believes the best and the most exciting Indian writing happens substantially in languages other than English. To have a rich and nuanced understanding of literature and equally of people, she thinks it is essential to read translations from around the world.

A peek into the previous FDC

When did the Himalayan First Draft Club start?

2020 was the first time we decided to become a part of NaNoWrimo as a community. This led to the creation of the Himalayan First Draft Club.

On some weekends, amazing authors like Damyanti Biswas ( Author of You Beneath Your Skin- Simon & Schuster India, 2020) and Jenny Bhatt( Author Ratno Dholi- Harper Collins India, 2020) joined us. They shared tips on writing and also talked about their own experiences of NaNoWriMo.

In April 2021, we had best-selling authors like Vish Dhamija , Kiran Manral, Arjun Raj Gaind and Kanchana Banerjee joining us on weekends and sharing their journeys as writers.

We loved it so much,  we decided to host it four times a year instead of just once.

So, we created the Himalayan First Draft Club which is held in February-April -July-September

How does the First Draft Club work?

It is fairly simple.

You sign up for the Himalayan First Draft Club through this form.

Please note, you will have to clearly mention your commitments in this form.  So, before clicking on the form, think about these questions:

We request all the writers who want to participate in FDC # 7 to make a donation to educate underprivileged kids at the Chirag school, a wonderful school in the Uttarakhand Himalayas. Please donate a minimum of INR 250/- (more is better). This will help poor students in a Himalayan village get a great education.

The Chirag school is a cause we support. Please donate a minimum of INR 250/-  (more is better) to the Chirag School. This will help underprivileged students here in Uttarakhand get a great education.

(Note: The Himalayan Writing Retreat has NO stake /ownership / direct or indirect financial benefit from donations to the Chirag School. However, we know and believe in the work it does. Know more about our Community Work.)

The school may take up to a day to acknowledge the payment. So we will accept a screenshot of the payment confirmation page attached with the form.

We will evaluate your application and confirm your membership to the club. (Yay!)

Furthermore, we will add you to the WhatsApp/Signal group created exclusively for the members to share regular updates. (You will not be added if you have opted out of it in the form in Step:1.)

And you are done! (Well, not yet but almost there.)

We will share a Google sheet which will basically be a tracker. You will have to update your word count in that tracker on a regular basis for us to keep a note of it.

What is the focus of the First Draft Club?

The focus of this group is to make writing a habit. You will discover fellow-writers who dabble in the same genre. You might also find valuable critiques for your writing.

As a member, you have a chance to interact with some of your favourite authors apart from finding writing buddies who could be dabbling in the same genres as yours. You never know, you might end up creating a writer’s group in your own city after discovering fellow writers around you.

What should I expect after I join the First Draft Club?

Join us every weekend on Zoom to discuss and share our experiences of writing during the week. These sessions will also have some inspiring  authors as guest speakers, where they will share tips and tricks on writing effectively.

We will share a weekly dose of positivity ( a.k.a updates and writerly motivation) to keep the demon (Writer’s Block) away.

This is a Writer’s Support Group. There is no teaching involved.

You can connect with writers to find a writing buddy. ( Know more about it here: Discover a Writing Buddy at the Himalayan First Draft Club), create a local writers group of your own (based on people living in the same city), plan meet-ups (physical or virtual) and find your tribe!

You definitely can, but you need to make a fresh donation to the Chirag School for July. Every FDC needs a separate donation to be made for participation.

I have been missing out on a lot of sessions in the February 2022 FDC. Can you share recordings?

We share recordings only after the FDC month is over. So we will share the July FDC sessions in August of the same year.

I am working on my final draft. Am I still eligible to participate in the FDC?

We have had poets, novelists, essayists, translators, and screenplay writers participate in the previous FDCs and they have found it productive. At the same time, writers have been working on their revisions, second, third or even the umpteenth draft in the FDC too.

The goal of FDC is to make writing a habit. You could be working on anything or are planning to. You could join in to find some writerly energy or work on the writing prompts we share to tickle your inspiration.

The Chirag School website reads we need INR 2350/- to sponsor a child's education for a month. How are you insisting on INR 250/- only?

INR 250/- is the minimum donation requested by us. You can donate more also if you are comfortable. INR 2350/- is the figure required to sponsor a child’s education at the Chirag School. However, they also welcome donations in any amount.